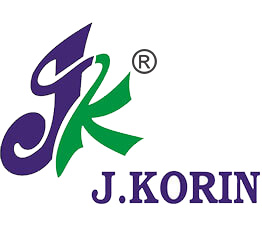 J Korin was born out of our Founder Shri. Surendra N. Jariwala's vision to create an establishment with excellence in the field of textiles. Our company had a modest beginning in the 1960s where our Founder laid the foundation of what we are today. Shree Yoganand Textiles was started as a partnership firm with 4 Power Looms in the then booming textile hub of Surat. While the business was doing well, our Mr. Jariwala being a visionary laid foundation for more areas of growth.

Just at the cusp of liberalization, when the country was gearing up for higher industrial growth, in the year 1986, Promoters ventured into manufacturing finished fancy fabrics. In early 90s, a joint venture named Jay Bharat Yoganand Industries was launched that focused on the manufacturing of fabrics with value-addition. Meanwhile, the first partnership of Shree Yoganand Textiles was dissolved and the business was spearheaded by Shri. Surendra N. Jariwala as the sole proprietor.

As the business and opportunity both expanded, we formalized the set up into a private limited company in early 90s. We expanded our business into manufacturing with Power Looms, Master Weaving. We concentrated on producing fancy fabrics where we had a monopoly. This was further forward integrated with process expansions in embossing, crushing, stone fixing, coating and other value addition on fabrics in the year 1996.

The year 1998, brought a wave of change for the company. Promoters became a pioneer in bringing Schiffli embroidery machines in this part of the country. This saw a huge jump in the value addition fabrics segment which the company subsequently cashed on. We spotted an opportunity in the trading of various textiles machinery and started importing and trading in the machinery segment. In the year 1999 we expanded business of embroidery with importing multi head embroidery and sequence embroidery machines.

At the beginning of the millennium, Yoganand Textiles started shuttle change looms and expanded its capacity in embroidery business by importing High Speed Automatic Machine like Hira, Laser, Saurer etc.

However, the year 2005 became a benchmark year as we got into a joint venture with South Korean Company and started J.Korin and began production of cocoons. J.Korin started manufacturing mono filament yarn with the capacity of 240 MT per month as well as yarn dyeing. The company went from strength to strength by augmenting the capacity from 240 to 750 MT per month and started production of Nylon Mono filament yarn.

In 2015, we entered into a new segment of construction industry with Korin Buildtech which is into the manufacturing of innovative building materials. The year also saw the launch of another company - JB Ecotex which is into the production of recycled polyester staple fibre. Capacity was added to various companies during this period.

We hope to create a growth oriented, sustainable and value bearing organization for ourselves and all our stakeholders.